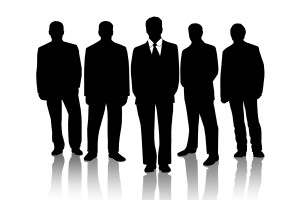 Formerly Managing Director of Tradeconnect Ltd an Offshore Trading Group (A Publicly Traded Company in Isle Of Man) Mr.Dennis Kachi Eboka was responsible for Asset Practice Mergers and Sales. He Analyzed and Disseminated Property Financial Information, Assembled Marketing Package for the Sale of each Asset, Facilitated Due Diligence Proceedings with Attorneys and tax personnel, Negotiated Sale terms for each Asset, Closed the Sale, Worked with Asset Management Administration through the Acquisition Process by assisting with Hiring/Firing Duties, TQM Implementation, Financial Reporting, Marketing Implementation, and Personnel Management. He also Purchased property, Managed, Re-organized and Developed struggling service homes/condos. He is known for having increased profitability by over 200% in less than one year through Expertise/market developement recruitment, open houses, meeting with corporate caretaker and aggressive marketing. Mr.Dennis Kachi Eboka has also been the president of TradeConnect since 2000 (A global consulting/business development company) He Formed GWL in 2009 as President/CEO.

Improve inter-ministerial and inter-service relationships between the military establishment and other government organs, diplomatic corps, and several international Organizations through seminars, exhibitions, joint training exercise. Interaction with various government agencies, ECOWAS, the United Nations and foreign governments in the areas of Peace-Keeping and peace building in my official capacity as Director of Peace-Keeping Operation Defence HQ for 2 years. Conducted extensively negotiations between warring factions. The position involved extensive travels abroad, financial management of resources, assets logistics, structures and machines worth millions of dollars. Thirty Five years of military leadership and resource management experience in successive high command roles, leading large bodies of formed troops and other trained human resources in varied situations across Nigeria and over seas in challenging assignments. This is in addition to seven years of active “Strategy/Policy formulation and Coordination at Defence Headquarters. Worked assiduously with Defence Industries Corporation of Nigeria, the National Assembly, Ministry of Defence, the various Research Institutes, the Presidency, the Ministry of Science and Technology, the Defence Industries of Poland, India, Pakistan and the British Commonwealth Council to advance Research and Development in the Nigerian Armed Forces and increase public private partnership in the System. Conceptualization and execution of operational and logic plans for large scale projects and protection of high valve strategic and security assets. Analysis of contemporary security environment and evolving strategies to address future risk and challenges.

Completed the University of Cape Coast in 1969 with a B.SC ED Mathematics And Chemistry holds an advance Diploma in science education 1972.Diploma in Development Studies, from the commonwealth Youth and Development Institute in Chandigarh, India (1978/1979) Attended management training courses in Ghana Organized by The Management Development and Productivity Institute (1979-1981)

Ministry of Education: Science and math’s teacher in high schools (1969 -1975)
Ministry of Labor and Social Welfare: District youth development officer (1975-1978)
Ministry of Youth and Rural Development: Administrative director for the youth division of the ministry (1979-1981)
Ministry of Rural Development and Cooperatives: Minister of state in charge of the ministry (1982-1983)
Managing Director of Agro Industries: Liberia industry free zone, Monrovia (1984-1987).
Consultant to the ministry of energy in Ghana for the development of renewable energy projects specializing in BIO GAS Development (1989-1992)
Consultant to the Ghana export promotions council for the development of export production villages (1990-1992)
Deputy Managing Director of Cash Pro Co Ltd.(1993-2001)This is a company licensed to purchase cocoa for the Ghana cocoa board.
Managing Director of AgroCom S.A Ltd (2005-2010) this is an Agricultural Business Company.
Other Position Held: The first national organizer of the National Democratic Congress (1992-1996) this is the party in power in Ghana presently.
Religious Activities: The Chief elder at the World Miracle Church in Ghana. This is a mega church in Ghana with over fifty branches in Ghana.

Dr Cheick Amadou Tidiani Sarr was Born on 18th of March,1943 in Kayes,Mali. His areas of expertise include business and financial analysis, cash flow, economic value added, strategic planning, business measurements, resource allocation, and international opportunities and risks. He has a Bachelor of Arts and Masters degree in Banking and Finance from Paris University and served as a Minister in Mali within various capacity,Minister Of Education 1984-1985,Minister Of Economics And Finance 1985-1988. Government Financial Adviser to the Republic Of Benin 1992-1996,Financial Adviser to the UAE Royal Family and Managing Director of Kasmal Group 1997-2001. Dr Cheick Amadou Tidiani Sarr spent 17 years with Africa Development Bank and his last assignment with ADB was as Manager of Planning Integration and Business Development for ADB’s activities in Middle East and Africa. Since leaving ADB, he has worked as CEO, CFO and Director for a variety of both small and large companies. For the past 10 years, Dr Cheick Amadou Tidiani Sarr has applied his expertise and experience to a wide variety of consulting assignments, with a focus on cash flow, resource allocation, and making strategic choices among markets, customers, products, suppliers, employees, and assets.

Starting in 2011, Globalwealth will embrace our responsibility to people and to the planet by contributing a portion of our earnings towards making our world a better place.